AUCloud is an Australian sovereign cloud Infrastructure-as-a-Service (IaaS) provider, focused exclusively on meeting the needs of government at all levels as well as Critical National Industry (CNI) communities. To meet its customers’ rapidly growing capacity requirements and their increasing demand for S3-based application support, the company needed a highly scalable, S3-compatible storage platform that would integrate seamlessly into its VMware environment. After a rigorous evaluation, AUCloud selected Cloudian’s HyperStore® object storage solution—integrated with VMware Cloud Director—as the foundation for its new S3-based services offerings. 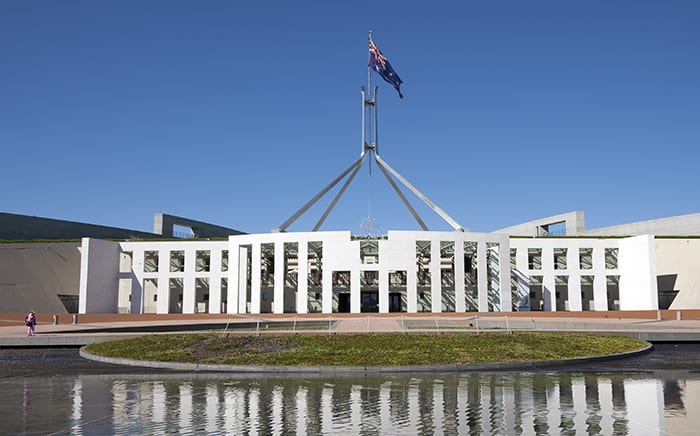 As a sovereign cloud services provider, AUCloud’s mission is to support its government and CNI customers in making their applications and systems more secure, more efficient and more effective for all users and citizens. Approximately 80% of these customers use VMware, so VMware was the obvious choice for the first platform delivered by AUCloud.

AUCloud realized it would need an S3-compatible storage infrastructure to facilitate cloud-native application development and to allow the company and its customers to capitalize on the growing ecosystem of S3-based applications.

“We wanted to ensure we had a storage foundation that could easily and cost-effectively scale and was fully S3-compatible,” says Peter Zafiris, senior infrastructure engineer at AUCloud. “Security was also essential because of the nature of our customers and their data, and we obviously needed a solution that would fit right into our VMware environment.”

With the goal of deploying the optimal, most cost-efficient storage option for their largely VMware-based customers, AUCloud focused on finding the appropriate object storage solution. However, it quickly discovered that not all object storage offerings are created equal, ultimately leading to the company’s selection of Cloudian.

“Cloudian HyperStore is the only fully native S3-compatible object storage available for VMware environments, and it was jointly engineered with VMware to be managed from VMware Cloud Director,” Zafiris explains. “It also stands out for its certification with Common Criteria and FIPS-2 security requirements, a very important feature for our government customers,” he adds.

Other key HyperStore features that drove AUCloud’s choice to become a VMware Cloud Provider include the ability to scale without interruption to an exabyte of storage, multi-tenant resource pooling, integrated management tools such as billing and quality of service controls, data encryption and Write Once, Read Many (WORM) for security and compliance, and geo-distribution for easily managing storage across data centers.

As a starting point, AUCloud has deployed 1.4 PB (usable) of Cloudian storage, which provides the foundation for new S3-compatible Storage-as-a-Service and Backup-as-a-Service offerings. The BaaS offering combines HyperStore with Veeam data protection software that AUCloud had previously been using, thereby capitalizing on the integration of the two announced earlier this year.

The new services were just recently rolled out, but AUCloud is already seeing tremendous opportunity as a VMware Cloud Provider to deliver greater value to its customers and grow the company.

“In the lead-up to launching these expanded offerings, we had customers and partners knocking on our door asking when they’d be available,” says Zafiris. “It’s exciting to bring them the benefits that were previously only available from the largest public cloud providers.

“From a business standpoint, Cloudian and VMware are helping us compete with these providers on a level playing field, and we’re confident that our specialization and focus will lead to greater success.” 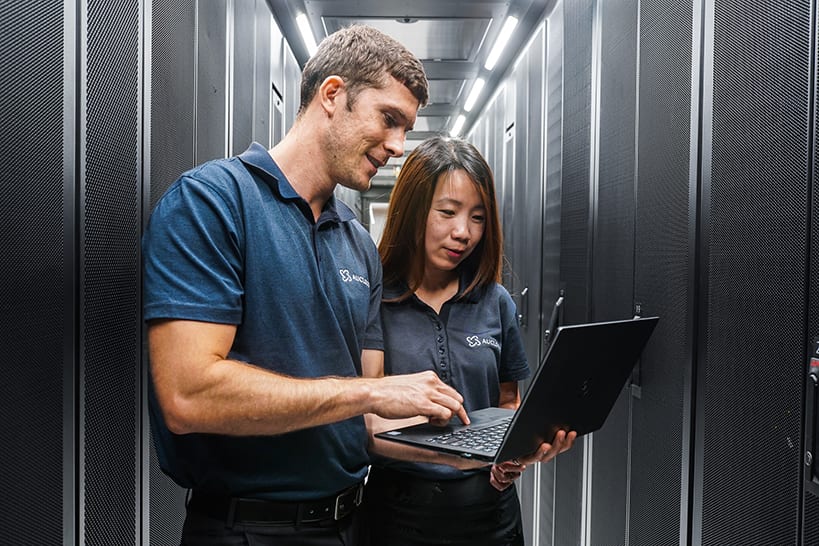 “From a business standpoint, Cloudian and VMware are helping us compete with the largest public cloud providers on a level playing field.”

“Cloudian HyperStore is the only fully native S3-compatible object storage available for VMware environments, and it was jointly engineered with VMware to be managed from VMware Cloud Director.”