From sturdy work pants to everyday clothing and even a fashion statement, jeans are one of the most popular garments of modern times. Jeans Fritz Handelsgesellschaft für Mode mbH, a German retail chain, has built its business around jeans and grown to more than 300 stores. 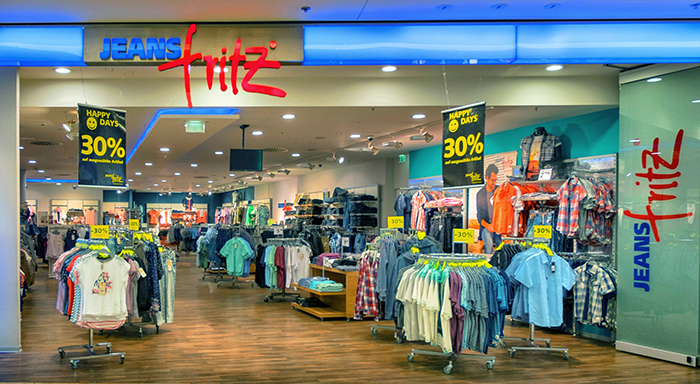 With the amount of data generated from in-store and online sales increasing, the company’s primary storage costs were rising significantly, leading it to seek a more cost-effective solution that would also provide the scalability and data availability needed. After initially considering public cloud, Jeans Fritz decided that it would be better served by deploying Cloudian on-premises object storage as a single platform for consolidating its primary and secondary storage.

As a result, the retailer reduced its storage costs by more than 50% while still maintaining high data availability. In addition, the company avoided the need to purchase an additional backup system while laying the foundation to capitalize on the growing ecosystem of S3-based applications. Throughout the decisionmaking process, Jeans Fritz relied on the expertise and advice of Kramer & Crew (formerly Iso Data Technology), a market-leading IT services provider.

Founded in 1997, Jeans Fritz has approximately 300 retail stores and also sells online. The company generates approximately 90 TB of customer and other data that needs to be securely stored and highly available. Under its previous architecture, the retailer secured and
mirrored this data across two data centers using DataCore storage virtualization software. Data that had not been accessed
during the last 12 months was then archived to a traditional backup system.

As data volumes continued to grow, however, the primary storage system required a costly expansion. Furthermore, the backup data environment was not redundant, which put that system at risk of data loss.

“Our primary storage system was at its limit, and expanding it seemed too costly,” says Jürgen Bekemeier, IT Manager at Jeans Fritz. “At the same time, our backup system wasn’t designed to provide the data availability we needed. That’s why we started looking for an alternative solution.”

To help with the search, Bekemeier and his team turned to Kramer & Crew, which had previously provided project support to Jeans Fritz.

“We quickly assessed the situation and understood what was needed to meet the company’s business objectives,” explains Martin Osterfeld, Managing Director of Kramer & Crew’s Osnabrück location and Account Manager for Jeans Fritz. “We quickly agreed that trying to supplement the existing infrastructure was out of the question. We needed a new solution that was both scalable and affordable while providing high availability for all data. “

Kramer & Crew concluded that the storage environment could be greatly simplified by consolidating the primary and secondary storage into a single object storage system.

Advantages of Object Storage Over SAN

Another key advantage is Cloudian’s fully native compatibility with the S3 API. This API is now the de facto standard for public and private cloud storage, and the ecosystem of S3-based applications is rapidly growing. As a result, moving forward, Jeans Fritz will be able to take advantage of the innovations in this expanding ecosystem.

“The biggest benefit of the Cloudian solution is its scalability,” says Bekemeier. “We can now keep up with our data growth. At the same time, we’ve seen tremendous cost savings of over 50%, despite the fact that the solution provides significantly more storage capacity than we had with our previous system.”

“The biggest benefit of the Cloudian solution is its scalability. We can now keep up with our data growth.”