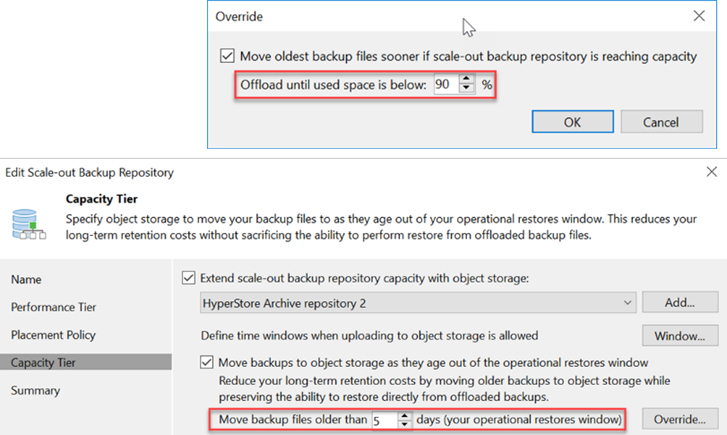 Although Veeam is, currently a block or file storage platform is required to accept and store the initial backup writes. This storage tier is where Veaam carries out its data deduplication work and creates its backup files. Veeam uses a policy-based engine to move the initial backup files from the primary repository to Cloudian planning support for direct backup to Cloudian HyperStore using the S3 API HyperStore for longer-term data retention.

In addition to HyperStore, Cloudian also provides the HyperFile NAS gateway which provides applications and users a translation layer between network file systems (NFS\SMB) and object storage (S3 restful API). HyperFile is a ZFS-based storage platform and uses a local disk cache for the initial ingestion of data, which is managed by a policy-based engine to then move the data to HyperStore for longer data retention. The HyperFile cache storage system is typically sized to meet the storage needs for short-term data retention before it is picked up and moved to HyperStore.

In the case of Veeam backup, S3 storage is not compatible as the primary backup target and iSCSI or NFS storage is required. Cloudian tested Veeam with HyperFile\HyperStore configured in a typical deployment and found that the tiering capability between HyperFile and HyperStore did not suit the IO operations that Veeam required to reconstruct data on recoveries.

So, we got our thinking caps on and came up with an alternative solution. Use HyperFile as Veeam primary storage and let Veeam manage the tiering to HyperStore. Kinda obvious really!!

HyperFile and HyperStore Managed by Veeam

The key difference in this deployment is to size the HyperFile local disk cache to be able to meet the requirements of Veeam’s primary\secondary architecture.

For higher transactional performance, local SSDs over HDDs would be recommended, whereas, for large data files [and?] sequential workloads, 7K RPM magnetic drives could be better suited.

HyperFile formats local drives using the ZFS file system which also incorporates a volume manager. You can specify different RAID settings across different numbers of drives to optimize your cache pool for your specific workload. We recommend using:

Multiple ZFS vdevs can be created from the local storage devices Combining multiple vdevs allows you to build up the disk IO performance of the HyperFile instance to match your required backup and recovery window SLAs. The cache can also be extended by adding further vdevs to provide additional capacity and disk IO performance.

Using external NAS or SAN storage devices can be beneficial if surplus capacity exists on existing storage platforms in your environment, especially if you are running HyperFile in a virtual environment, where shared storage is required as standard. Consideration should be given to:

When estimating the amount of required disk space, you should know the following:

Also, when testing is not possible beforehand, you should make assumptions on compression and deduplication ratios, change rates, and other factors. The following figures are typical for most deployments; however, it is important to understand the specific environment to figure out possible exceptions:

Using the numbers above, you can estimate the required disk space for your backup jobs. Remember to always leave plenty of extra headroom for future growth, additional full backups, moving VMs, and restoring VMs from long-term archive. A repository sizing tool that can be used for capacity estimation is available at http://vee.am/rps. Note that this tool is not officially supported by Veeam, and it should be used “as is,” but it’s nonetheless heavily used by Veeam Architects and regularly updated.

The examples below explain the impact of the backup method and retention policy on the estimated repository size, assuming the environment is the same in all three cases.

To summarize, when estimating the size of the repositories, use the following best practices: 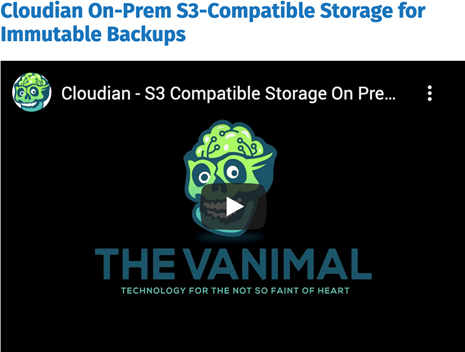 This Veeam video shows how to set up a Cloudian repository in Veeam Backup and Replication Version 10. 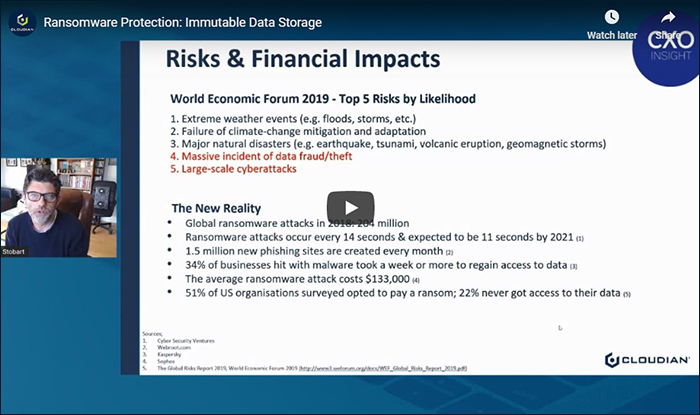 This video explains how you can lock out ransomware with the Cloudian solution.