Among the great new features of Cloudian HyperStore 5.0 is the introduction of HyperStore vNodes, which leverage and extend the virtual node technology of Cassandra. In contrast to traditional consistent hashing based storage schemes in which each physical node in the token ring is assigned a single token, with HyperStore vNode technology multiple tokens are assigned to each hard drive on each host. In essence, the storage ring is made up of many “virtual nodes”, with each disk on each host supporting its own set of vNodes.

This optimized token ring implementation provides benefits such as:

That’s a powerful set of benefits. But how do HyperStore vNodes actually work? Let’s look under the hood and see how vNodes work as a mechanism for distributing object replicas across a HyperStore storage cluster.

To illustrate vNodes in action, consider a cluster of six HyperStore hosts each of which has four disks designated for object storage. Suppose that each physical host is assigned 32 storage tokens (the default value), with each token constituting a vNode. In a real HyperStore system the token space ranges from 0 to 2127 -1, and individual tokens are typically very long integers. But for illustration, let’s suppose that we have a simplified token space ranging from 0 to 960, and that the values of the 192 tokens in this system  (six hosts times 32 tokens each = 192 tokens) are 0, 5, 10, 15, 20, and so on up through 955. 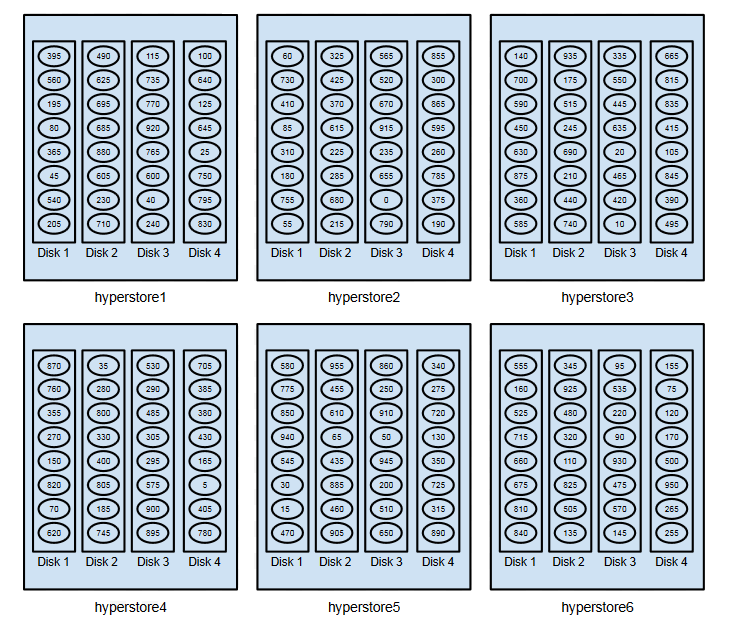 Now further suppose that you’ve configured your HyperStore system for 3X replication of objects. And say that an object is uploaded to the system and the hashing algorithm applied to the object name gives us a hash value of 322 (in this simplified hash space). The diagram below shows how three instances or “replicas” of the object will be stored across the cluster: 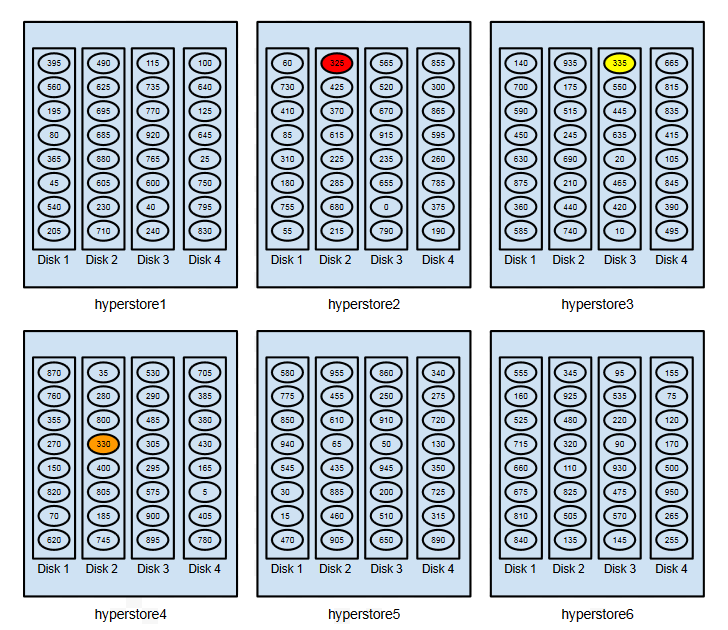 Note: When the HyperStore erasure coding feature is used, vNodes are the basis for distribution of encoded object fragments rather than entire replicated objects.

Working with the same cluster and simplified token space, we can next consider a second object replication example that illustrates an important HyperStore vNode principle: no more than one of an object’s replicas will be stored on the same host. Suppose that an object is uploaded to the system and the object name hash is 38. The next diagram shows how the object’s three replicas are placed: 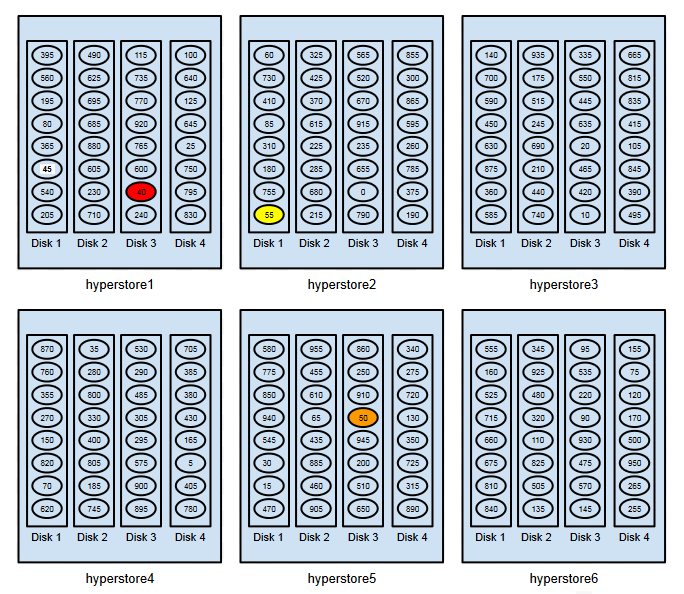 Now let’s change perspective and see how things look for a particular disk from within the cluster. Recall that we’ve supposed a simplified token space with a total of 192 tokens (0, 5, 10, 15, and so on up to 955), randomly distributed across the cluster so that each host has 32 tokens and each host’s tokens are evenly divided among its disks. We can zero in on hyperstore2:Disk2 – highlighted in the diagram below — and see that this disk has been assigned tokens 325, 425, 370, and so on.

Assuming the cluster is configured for 3X replication, on hyperstore2:Disk2 will be stored the following:

And if Disk 2  fails? Disks 1, 3, and 4 will continue fulfilling their storage responsibilities. Meanwhile, objects that are on Disk 2 persist within the cluster because they’ve been replicated on other hosts. 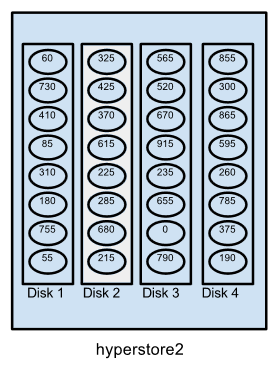 Note: In practice, vNodes can be assigned to any directory, which in turn can correspond to a single disk or to multiple disks (for example, using LVM).

Consider an example of a HyperStore deployment that spans two data centers — DC1 and DC2 — each of which has three physical nodes. As in our previous examples, each physical node has four disks; the default value of 32 tokens (vNodes) per physical host is used; and we’re supposing a simplified token space that ranges from 0 to 960. Suppose also that object replication in this system is configured at two replicas in each data center.

We can then see how a hypothetical object with a hash value of 942 would be replicated across the two data centers: 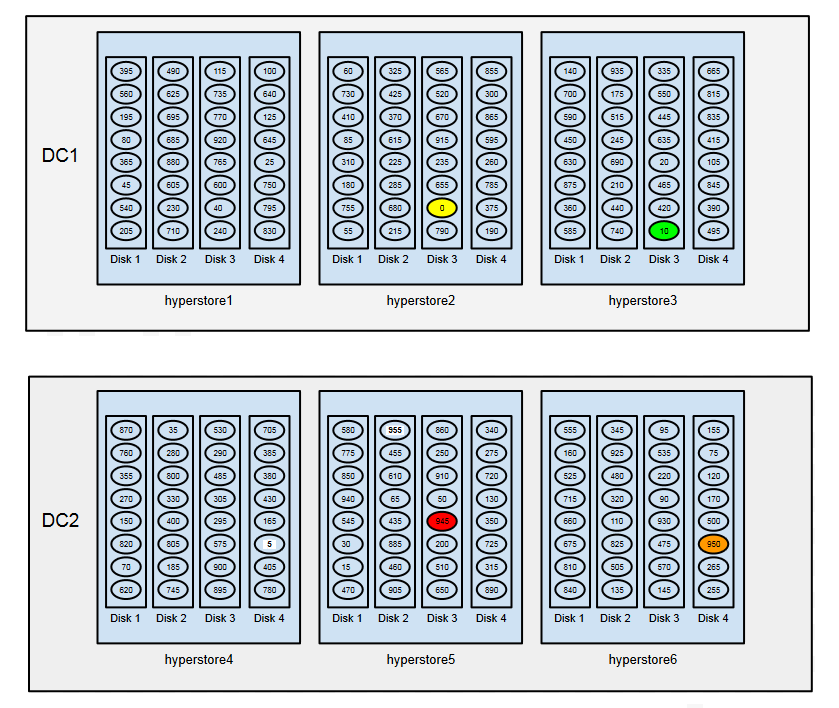 For more information about how a vNode-powered HyperStore system can provide your enterprise with highly available object storage that makes optimal use of hardware resources, contact us today.

For more on virtual node technology in Cassandra, see http://www.datastax.com/dev/blog/virtual-nodes-in-cassandra-1-2.